Assembly, Construction and Design Works in Kazakhstan Without License

1. Persons, responsible for implementation of assembling, construction and design works without license

It should be realised that the implementation of assembly, construction and design works in Kazakhstan without license attaches the responsibility of certain persons. In this regard, we suggest considering the following situations:

1.1. Responsibility of employer and contractor

According to art.616 of the Civil code of the Republic of Kazakhstan (hereinafter referred to as “CC of RK”)1:

“[U]nder the contract, one party (the contractor) shall perform on the instructions of the other party (employer) some work and pass the result to the employer on time, and the employer undertakes to accept the result of work and pay for it (to pay the price of work). The work is performed for the risk of the contractor, unless another is provided by legislative acts, or contract.”

Under the construction contract, the contractor undertakes to construct a certain object on the instructions of the employer, or to perform other construction work.

Considering the above mentioned facts, it is possible to draw a conclusion that in assembling and construction works (hereinafter referred to as “ACW”) and in design works, the contractor bears the responsibility for work process. According to art.1 of the Law of the Republic of Kazakhstan on permissions and notices,2 license is granted to an individual, or legal entity to execute certain works, which are defined as licensed activities by law. It means that the contractor bears full responsibility for execution of ACW and design works without license.

1.2. Responsibility of the contractor and subcontractor

Article 66.11 of the Law of the Republic of Kazakhstan on architectural, urban-planning and construction activity5 establishes that

On interpretation of this article, despite performance of ACW and design works by the subcontractor, the general contractor is still legally obliged to perform part of the work authorised on the license.

2. Types of responsibility for implementation of installation and construction works and design works without license

According to art.50 of the Law of the Republic of Kazakhstan on permissions and notices

Article 17.1 of the Law of the Republic of Kazakhstan on architectural, urban-planning and construction activity provides that

“implementation of activities such as architecture, urban planning and construction without license would entail liability, as established the by laws of the Republic of Kazakhstan”.

Under art.463 of the Code of the Republic of Kazakhstan on administrative offenses, implementation of actions (operations), businesses, or other activity without the corresponding registration, permission or notice direction, carry a penalty based on a monthly calculation index as follows: 15 for natural persons; 25 for officials and small business, 40 for average businesses and 150 for large businesses, plus confiscation of items and tools used to commit the administrative offenses. In addition to this, businesses or any other activity operating without a license faces confiscation of their income (dividends), money, and of the securities deposit received, when committing an administrative offense.

If the offense is repeated within a year of receiving the administrative penalty, a higher penalty would be imposed based on a monthly calculation index as follows: 30 for natural persons, 50 for small businesses, 80 for average businesses and 500 for large businesses, plus confiscation of any items and tools used to commit the offense. If the business and activity lack the necessary license, confiscation of the income (dividends), money and securities will be carried out for the administrative offence.

According to art.214 of the Criminal Code of the Republic of Kazakhstan doing business, or carrying out banking activities (bank operations) without registration and licenses, which is compulsory for these kinds of activities, or being in breach of the law regarding permissions and notices, and doing in general forbidden activities which cause serious damage to individuals, organisations, or the state, including tax evasion on a large scale, storage, transportation or sale of taxable goods, are punished at the monthly calculation index of 2,000, or works on the same amount, or restriction of freedom for up to two years, or imprisonment for the same term, plus confiscation of their property.

Analysing the corpus delicti under the above article, this is characterised by intention. The party at fault understands that it is carrying out an activity without special permission (license) when such permission (license) is required, or that it is in breach of its license resulting in damage to individuals, organisations, or the state, or in tax evasion.

If the above acts are committed as part of organised crime, to evade taxes on a large scale, or repeatedly committed, a penalty will be imposed as follows: monthly calculation index at 5,000 rate, corrective works in the same range, restriction of freedom for up to five years, or imprisonment for the same term of years, with confiscation of property.
Article 214 of the Criminal Code of the Republic of Kazakhstan refers to significant damage and considerable size, especially large damage and especially large scale.

It should be noted that in the Republic of Kazakhstan, there is no criminal liability of legal entities. Accordingly, the subject of art.214 are the persons holding senior positions in the company.

A characteristic of civil responsibility is that it can be applied jointly with other types of responsibility. According to art.159.1 of CC of RK, a transaction made without obtaining the necessary permission, or after the termination of period of validity of such permission, is invalid.

Furthermore, in accordance with art.49.2.4 of CC of RK, the execution of ACW and design works without a license can cause the company to be wound up by the court.

Within the context of civil responsibility, carrying out an activity without a license would lead to a faulty execution of the construction contract/subcontract. The contractor committed to the employer to properly perform in full all the obligations under the contract. Likewise, the subcontractor as a general contractor, acts as the employer, handing over the works and receiving payment.

Contents:
Print
← News and publications
We use cookies on our website to give you the most relevant experience by remembering your preferences and repeat visits. By clicking “Accept All”, you consent to the use of ALL the cookies. However, you may visit "Cookie Settings" to provide a controlled consent.
Cookie SettingsAccept All
Manage consent

This website uses cookies to improve your experience while you navigate through the website. Out of these, the cookies that are categorized as necessary are stored on your browser as they are essential for the working of basic functionalities of the website. We also use third-party cookies that help us analyze and understand how you use this website. These cookies will be stored in your browser only with your consent. You also have the option to opt-out of these cookies. But opting out of some of these cookies may affect your browsing experience.
SAVE & ACCEPT
Гульнар Оспанова 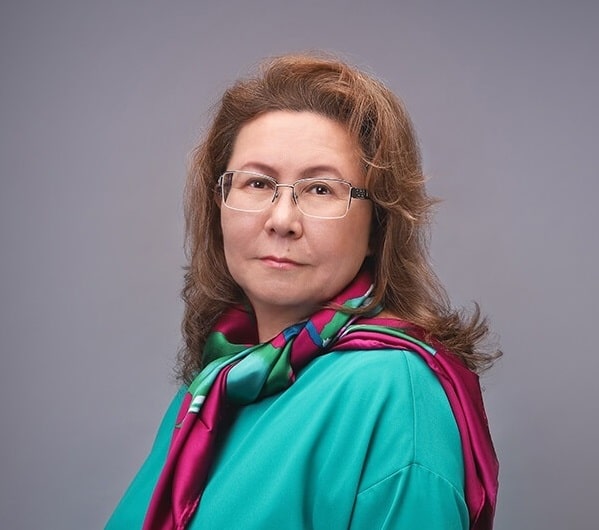